During the month November our team member Eric Jorink and intern Larissa van Vianen participated in the teaching programme ‘Door de Lens van Antoni’ as part of the upcoming Antoni van Leeuwenhoek memorial year of 2023. In four lessons the pupils of year 8 of primary school ‘De Vuurtoren’ in Lelystad were invited by our team members to follow in Van Leeuwenhoek’s footsteps and conduct their own scientific research, using microscopes, and preparations they made themselves to learn the fundamental principles of modern-day science.

The first two lessons focused on learning about the concept of science and research, as well as granting the pupils their very first introduction to the microscope. Deceivingly simple questions about the nature of the microscope were asked and the importance of values such as team work, curiosity and exactitude were extensively discussed. The last two lessons encouraged the children to put thought to practice and conduct their own research on a topic of choice, as long as it could be made into a preparation and put under the microscope. Their enthusiasm about their research questions was delightful, and we were astonished by the debates about representation the children got into while trying to capture their observations in drawings.

Drawing what they saw under the microscope, the kids immediately bumped into the same difficulties of visual representation as the first microscopists of the seventeenth century. Some children chose to place their visualizations in a circle, depicting the optic boundary made by the round lens of the microscope and unknowingly following the iconography of Robert Hooke’s Micrographia. Other groups of children vehemently debated the use of coloured pencils, while two kids decided that decribing their observations to their neighbour who could draw better than them, was a better course of action than muddling through themselves.

Watching these children of Year 8 making their way through the scientific method, reminded us of the historical scientific practices and debates that have been the topic of renowned scholarship these past few years. In four short lessons the pupils were not only introduced to the microworld but have also familiarized themselves with debates that have ruled the scientific community for as long as microscopes have been used. Seeing this group of children work with microscopes has been incredibly insightful for understanding the experience of Visualzing the Unknown’s protagonists and their difficulties visualizing their findings in a time before standardized scientific illustrational conventions. 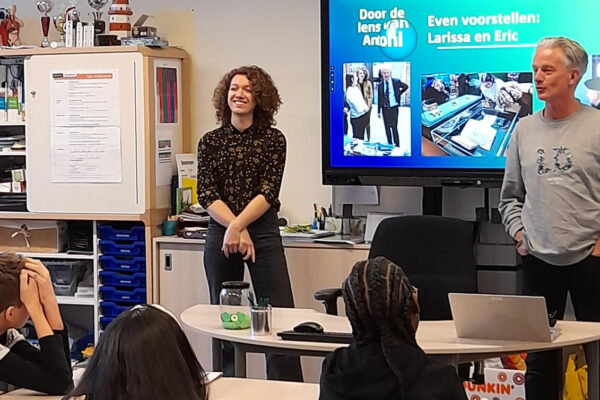 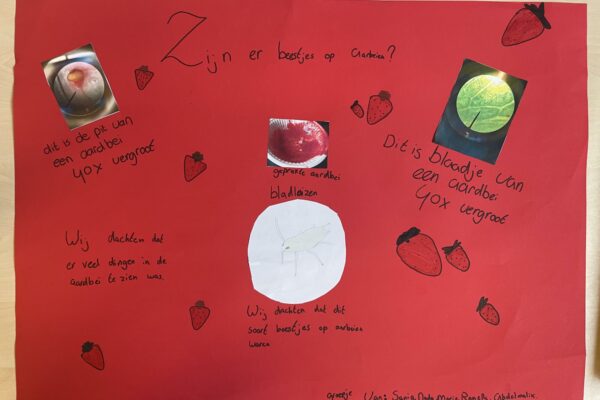 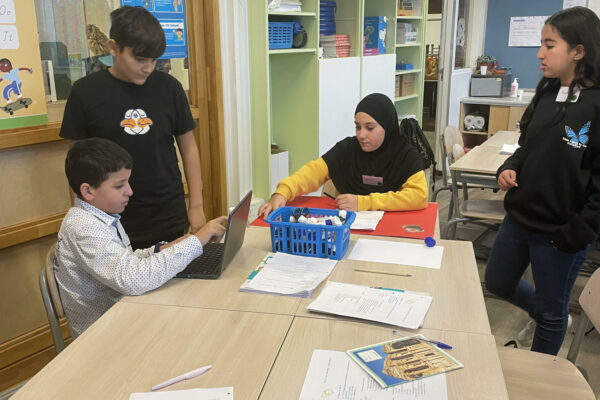