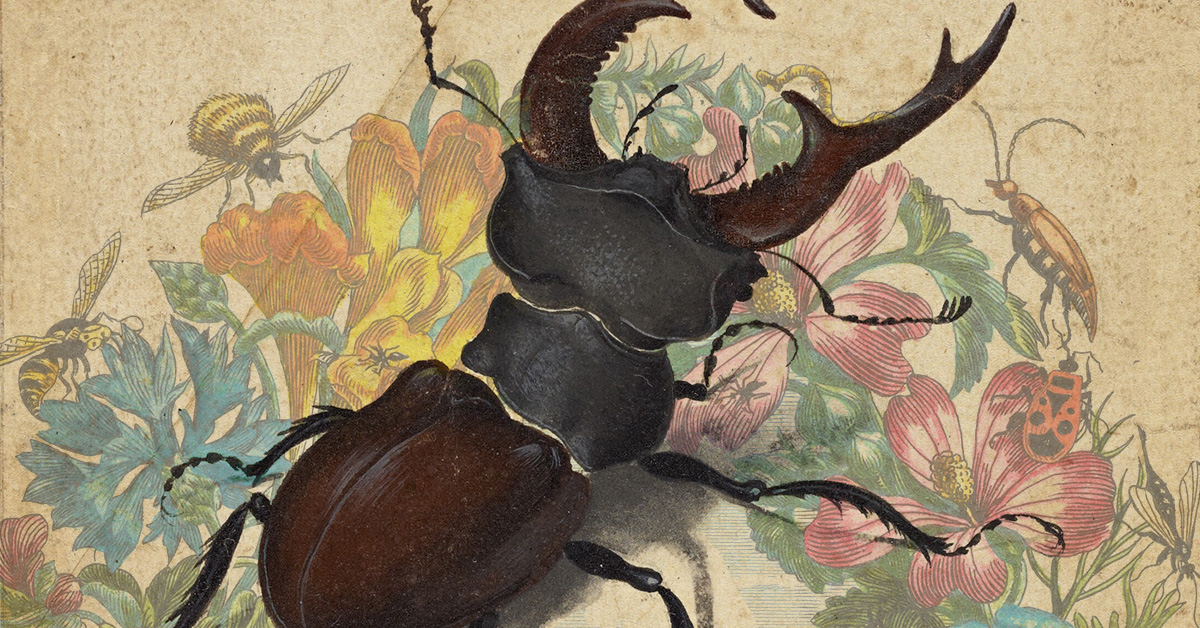 The Rijksmuseum’s current exhibition ‘Crawly Creatures’, focuses on the mediaeval and early modern perception on small, easily overlooked, critters, such as: mice, snakes and insects. It was curated by Jan de Hond, curator of History at the Rijksmuseum, Artis Library curator Hans Mulder, and our own research project’s PI (principal investigator), Eric Jorink. The exhibition shows highly detailed representations of insects, three dimensional objects such as automata and live castings and extraordinary paintings of underbrush that are teeming with snakes and butterflies, offering much food for thought concerning cultural history and the history of knowledge and science. On 27 October 2022, the Rijksmuseum and the Huygens institute (KNAW) together organised an international symposium, titled: ‘Crawly Creatures in Context,’ at the intimate and historically evocative surroundings of the (newly renovated) Artis Library. For our 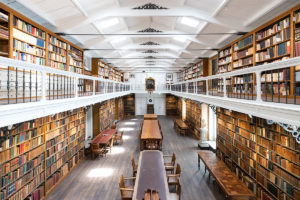 team, the symposium was an opportunity to reflect on the significance of seventeenth-century microscopic observation and reporting for the longue durée of the representation of natural history in the early modern period. This led to questions like: Did the microscope’s emergence affect the ways in which insects were represented? And in what way did the distinctive views through the microscope call for innovation in visual strategies? To what extent could microscopists rely on representation practices and conventions developed before the optical era? The speakers at the symposium all highlighted different aspects of scientific representations, processes of making, and grasping the world that is perceived through the microscope from their own backgrounds.

In her presentation ‘The biology of colour in crawly creatures’ Kay Etheridge discussed how early modern artists possessed intricate knowledge of the caterpillars and species they studied, for example about the subtle colour changes the caterpillars go through. This tied in well with our microlab about the silkworm, where we discussed the need for familiarity with study object’s living habits and vulnerabilities. 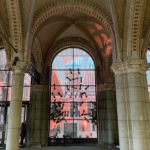 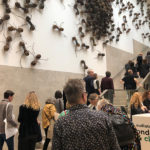 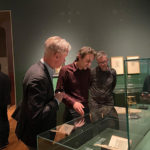 In her presentation ‘Observe, draw, and print: Visually capturing natural things in early modern European books’, Jessie Wei-Hsuan Chen connected the materiality of printing practices, book sizes, and the natural objects represented in those books. Are all printing methods equal for representing nature? Or do butterflies favour certain illustration types and book sizes, while plants favour others? Chen convinced us that the two are more intertwined than it may seem.

Alice Zamboni shifted our focus to the three-dimensional level in her talk ‘Automata as anatomical models in 17 th -century Northern Europe around the time of Descartes’. She focussed on two early seventeenth-century insect automata on display in the ‘Crawly Creatures’ exhibition. She discussed how Cartesianism offered a pretext, but also set boundaries, for representing living matter by machines.

Our very own team member Ellen Pater shared her personal experiences in her presentation ‘Observing (and drawing) with microscopes’. Choosing embroidery as a starting point, Ellen highlighted the vulnerability of early microscopic observations, and the recourse that early microscopists sought to familiar textures (such as fabric) in making sense of their observations. Above many other things, peeping through a microscope indeed confronts one with lines, colours and textures. Speaking from her training and experiences as an artist, Ellen set out the dynamic nature of translating these observations into a drawing.

With her presentation ‘Insects and other onderkruipsels in the Sloane-collection’ Sachiko Kusukawa concluded the symposium with a talk on Hans Sloane’s naturalia collections. Being one of the largest in early modern Europe, this collection and its subsequent trading practices express the value of naturalia in society. But how sharp was the boundary between living nature and its representations? 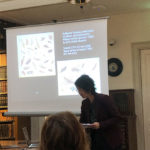 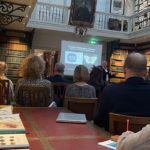 This symposium offered our research team the opportunity to contextualise our microlab findings about seventeenth-century microscopical practices. And connect it to the rich and vast world of visualisation in early modern natural history. What is so special or unique about seventeenth-century microscopy? How do visual strategies play a role? Enough food for thought for our upcoming research and activities.